Business opportunities in the telecom sector in India 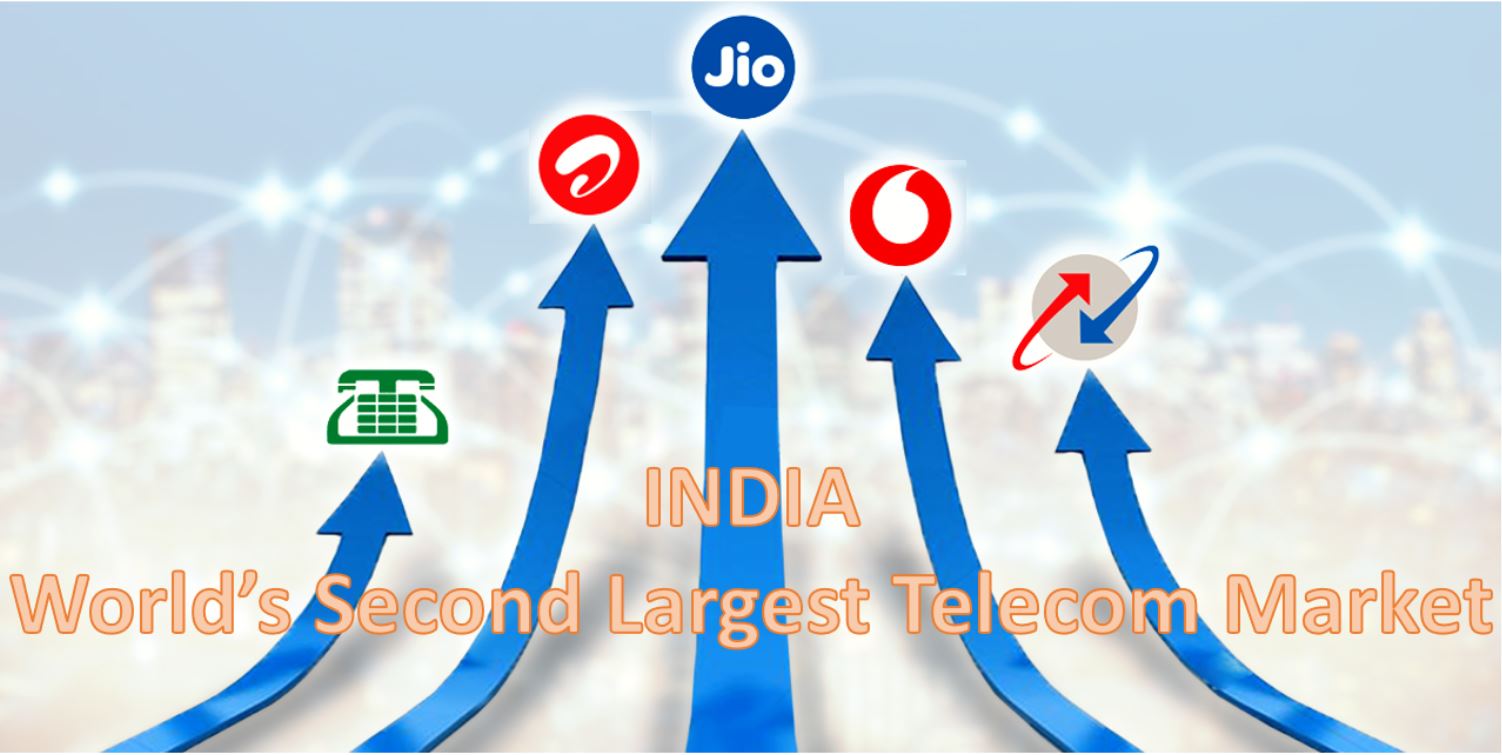 Department of Telecom, DoT India, has put forth the new telecom policy, known as the National Digital Communications Policy 2018 or NDCP 2018. The policy framework is no more limited to telecom only, as it encompasses many areas that build a country’s information and communication infrastructure. NDCP has tried to cover areas such as the Internet of Things, M2M, Cloud Computing, 5G, and electronics manufacturing. It also includes guidelines for IPR, artificial intelligence, foreign investments, job creation, and cyber and digital security.

With the tremendous growth in subscriber base, data usage coupled with low rates and reach of the network to remotest areas, India has seen accelerated growth in the adoption of the latest technologies and applications especially Cloud VAS. With NDCP and telecom ecosystem based on strong partnerships, the India telecom market brings multiple opportunities for various players.

The article summarizes the following:

India is currently the world’s second-largest telecommunications market with a subscriber base of 1.20 billion

India has the cheapest mobile data in the world, with one gigabyte (1GB) of data costing an average of just $0.09 USD.

India ranks as the world’s second-largest market in terms of total internet users.

India surpassed the US to become the second-largest market in terms of the number of app downloads.

The deregulation of Foreign Direct Investment (FDI) norms have made the sector one of the fastest growing and the top five employment opportunity generator in the country.

Indians used about 12 GB data per month on an average in 2019  growing total wireless data usage  to 54,917 million gigabytes till September 2019

India is also the world’s second-largest telecommunications market. It’s total telephone subscriber base and teledensity reached 1,177.02 million and 87.45 percent, respectively, as of January 2020.

Figures shared by the Telecom Regulatory Authority of India (Trai) show that the gross revenue of the industry for April-June 2019 stood at Rs 61,535 crore, a 5.37% jump against Rs 58,401 crore last year

The Government of India, through its National Digital Communications Policy, foresee investment worth US$ 100 billion in the telecommunications sector by 2022. The other 2022 Goals are:

The telecom industry has seen business and technological innovations and has come up with affordable models exploiting strong partnerships, a strong ecosystem coupled with devices at play. Few of the innovations include:

1. 5G is the next technology frontier in the telecom sector

According to the High-Level Forum of the Department on 5G, 5G is predicted to create a cumulative economic impact of USD one trillion in India by 2035

Each country has specific use cases for 5G. One cannot be copied from the other. In India, 5G has to co-exist with 4G and other existing networks for affordability and for migration in a smooth way developing opportunities for tower sharing companies

India is the only country where for indoor testing spectrum license can be purchased around 70 dollars merely through self-declaration. While collaboration is required for outdoor testing

LMLC (Low Mobility Large Cell) is in the final approval stages. 5G must be adopted in small pockets and adoption to grow gradually

Few Use cases in India

The Indian Government is planning to develop 100 smart city projects where IoT will play a vital role in the development of those cities.

In addition, there is accelerated adoption of IoT in industries especially manufacturing, automobiles, airports, supply chain

BWA technologies such as WiMAX and LTE are among the most recent and significant developments in wireless communication. Bharti Airtel VoLTE and Reliance Jio 4G services are live across all the 22 telecom circles since 2019.

The mobile value-added services have become a new revenue stream for the companies in recent years due to the low-cost ownership nature and low expenses of building systems on cloud platforms. That is, Cloud VAS has become a mainstream business for a wide range of companies to target their customers and improve their revenue.

As digital services for various vertical markets expand with applications where latency becomes critical for cloud computing services, it is only logical to also bring compute closer to where the data is generated. Hence India is seeing a surge in interest for edge computing like the rest of the world. India’s leading ‘edge use cases’ are likely to be media processing, telemedicine, video surveillance, manufacturing, and a myriad of immersive applications such as AR/VR and gaming.

As of August 2020, Bharti Airtel has signed a multi-year pact with Amazon Web Services (AWS) to offer a comprehensive set of cloud solutions, with a special focus on small and medium enterprise (SME) customers in India and on data security.

The Airtel-AWS pairing will be pitted against the Reliance Jio Infocomm-Microsoft combine as they compete for a share of the surging public cloud market in the country, which is expected to touch $8 billion by 2023, as per Boston Consulting Group (BCG).

Over 62,443 uncovered villages in India will be provided with village telephone facility with subsidy support from the government’s Universal Service Obligation Fund (thereby increasing rural teledensity)

It involves laying of incremental 30 lakh route km of Optical Fiber Cable and an increase in tower density from 0.42 to 1 tower per thousand of the population by 2024.

To realize the full potential of the upcoming technologies, the significance of effective last-mile connectivity cannot be underplayed for which fiber, IPfication, and backhaul need to improve

For Fibreization, the following are of utmost significance:

Additionally, Indian Govt strives for the creation of a digital fiber map of the communications network and infrastructure, including Optical Fiber Cables and Towers, across the country.

Installing empty conduit, which is relatively inexpensive during construction projects, supports future expansion by substantially lowering the expense of digging for providers.

With DoT efforts, 16 states are already on board and the remaining 12 are likely to adopt soon.

Demonetization coupled with push on the digital economy has led to widespread adoption on mobile wallets and mobile banking.

The Indian mobile wallet market is evolving at a rapid pace. By October 2019, the number of mobile wallet transactions stood at 3.59 billion.

UPI is giving a tough competition to mobile payments in merchant recharges and transactions. While transactions done on a mobile wallet in Q2 2019 stood at 1.08 billion INR, those via UPI were 2.27 billion INR

Indian telecom industry would have to aggressively push for green energy solutions as emerging technologies like 5G, Internet of Things (IoT) artificial intelligence etc are expected to significantly increase the energy consumption of the sector

The Indian telecom industry is the second-largest consumer of diesel after railways consuming about 200 crore liters annually.

By mid-year 2019, Over 25% of the telecom sites have been made diesel-free and the industry is working on the remaining portion. This is a challenge due to stringent uptime QoS mandated by TRAI coupled with non-availability of grid power

In India, 5G has to co-exist with 4G and other existing networks for affordability and for migration to 5G in a smooth way

Why India’s telecom market is attractive

To summarize, the telecom sector identifies the existing challenges and they are being done away with required policy support. These challenges are of utmost importance to be addressed to meet the ever-growing demand and achieve the mission of Digital India as clearly stated in NDCP 2018 policy. This makes the Indian telecom market lucrative enough for all kind of players especially that can meet achieve rolling out of 5G and related services.