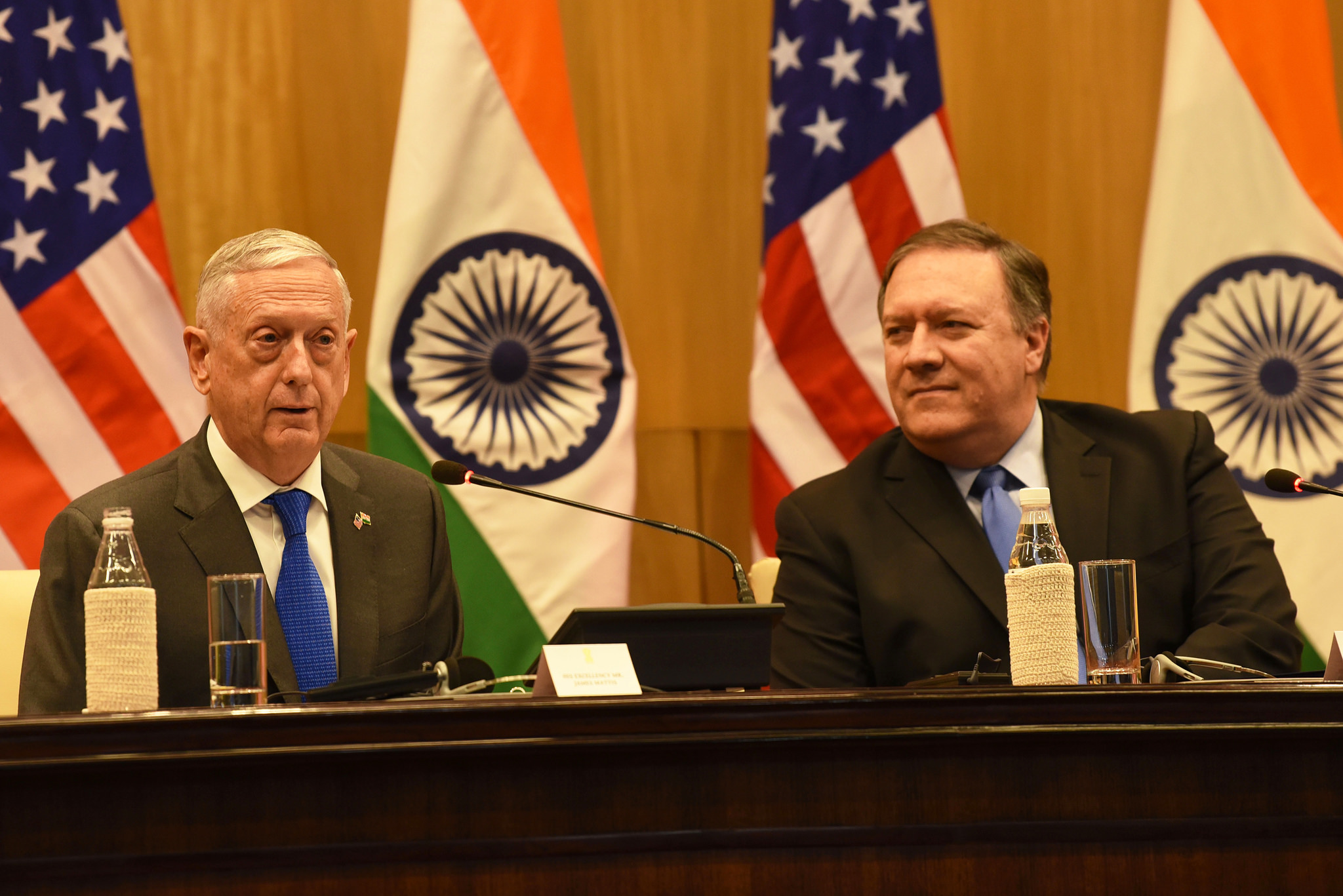 The global economy is in a synchronized slowdown with growth for 2019 projected at 3%. Rising trade and geopolitical tensions have increased uncertainty about the future of the global trading system and international cooperation. However, dynamic economies such as India and the US hold immense potential for refueling global growth to a higher trajectory in the coming times.

Though the US is the largest economy in the world economic system, India has also emerged as one of the fastest moving emerging economies. The growth rate has decelerated during the last few quarters; however, the fundamentals of the Indian economy are strong and progressing in tandem with the goal to achieve USD 5 trillion economic size by 2024-25. Some of the big-ticket economic reforms announced by the Government including significant cut in corporate tax for domestic firms, amendments in the Insolvency and Bankruptcy Code (IBC), 2016, decision to allow companies to hire workers on fixed-term contracts, recapitalization of Public Sector Banks, rollback of enhanced surcharge on Foreign Portfolio Investors, payment of all pending GST refunds to MSMEs within 30 days, among others are inspiring and would go a long way to foster strong, stable and inclusive growth environment in the country.

The US remains a significant destination for trade with India and one with which India enjoys a trade surplus. The large and prosperous Indian-American diaspora is a major source of investment, experience, and know-how. The trajectory of the efforts made by the two nations in recent times has been remarkable not just in traditional sectors such as technology and financial services but also in emerging sectors such as aerospace and defense, chemicals, energy, and infrastructure.

In terms of exports, the US has maintained the top position as India’s largest exporting destination during the last decade. During FY2019, the USA’s share in India’s total merchandise exports stands at around 16%. India’s top 10 export items to the USA are Pearls, Precision or Semiprecious Stones, Pharmaceutical Products, Machinery, and Mechanical Appliances, Vehicles, Mineral Fuels, Mineral Oils, among others.

In terms of imports, the US stands 2nd amongst India’s top 10 sources of imports with a share of 6% in FY2019. India’s top 10 import items from the USA are Pearls, Precision or Semiprecious Stones, Mineral Fuels, Mineral Oils, Machinery, and Mechanical appliances, Organic chemicals, Aircraft, spacecraft, among others.

India’s top 10 import items from the USA during FY2019

On the investments front, the USA is the 6th largest foreign investor in India with cumulative Foreign Direct Investments (FDI) equity inflows of close to USD 27 billion from April 2000 to June 2019. FDI equity inflows in India from the US stand at USD 3 billion during 2018-19. There are several major US companies operating in India that are ushering in a new era of India-US bilateral partnership while Major Indian companies in the USA include Reliance, HCL Technologies, Infosys, TCS, Wipro, among others.

Celebrating over 70 years of diplomatic cooperation, India and the US have engaged in continuous dialogue through the regular exchange of high-level political visits to provide sustained momentum to bilateral relations. Today, the India-US bilateral cooperation is broad-based and multi-sectoral, covering trade and investments, defense and security, education, science & technology, cybersecurity, high-technology, civil nuclear energy, agriculture, health, among others. People-to-people ties have been one of the defining elements of India-US partnership. Facilitating services including the movement of natural persons in a fair and non-discriminatory manner have contributed significantly to the deepening of ties.

Further, vibrant people-to-people interaction and support across the broader political spectrum in both countries nurture the even-expanding bilateral relations. Recently, the Hon’ble Prime Minister of India, Shri Narendra Modi addressed a massive gathering at the “Howdy Modi” event in Houston, Texas which was also joined by the Hon’ble President of US, Mr. Donald Trump.

Going forward, there is unparalleled potential for the development of bilateral relations between India and the US. Based on strong complementarities and growth prospects, the bilateral trade between the two nations is likely to cross USD 238 billion by 2025. There is a need to outline the contours for a sustainable trade negotiation between the two countries which is broad-based and encompasses wide-ranging potential sectors of development.

The dynamic reforms undertaken by the Government of India for enhancing the ease of doing business (EODB) to boost the sentiments of foreign businesses and the markets will lead to a greater inflow of FDI in the coming years. Efforts should be made to ease the operations of US companies in India and vice versa in the form of setting up of fast track mechanisms and conduct of seminars/ roundtables for resolution of sector-specific issues.

Further, there is immense potential for combining the USA’s capital, innovation and technologies with the rich human resources and economic opportunities available in India's high-growth and emerging market economy. Going ahead, growth prospects for business, trade, and development between the two economies seem to be very promising and sustainable in the coming years. Both nations should continuously engage in discussions related to mitigating bilateral trade issues, enhancing bilateral ties in defense, renewable energy, skill development, and other vital areas, among others.

In a nutshell, both nations have the essential ingredients for becoming a force multiplier in the global business arena and investment landscape. Going ahead, continued momentum by the Governments of both sides will drive and inspire transformative changes in the bilateral relations.