Reasons for Failure of Offshoring Initiatives 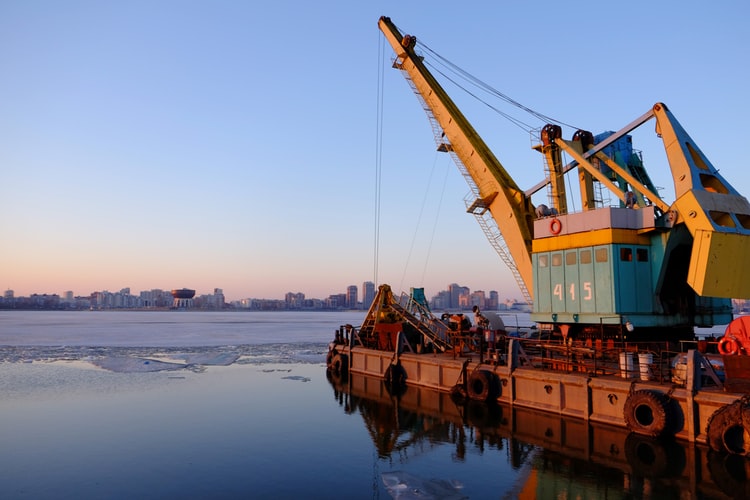 Article Summary:
Many offshore projects get off to a flying start, but fail to succeed over the long term or worse still are abandoned mid-way, even though a considerable time & effort is spent by companies before and during the course of the offshore engagement. This article looks at the impediments to success of an offshore outsourcing endeavor with suggestions to avoid or overcome them.

Introduction:
Many well intentioned offshore projects get off to a flying start, but fail to succeed over the long term or worse still are abandoned mid-way, even though a considerable time & effort is spent by companies before and during the initial stages of an offshore engagement on activities like documenting the project RFP, evaluating and shortlisting service providers, defining quality parameters, training the offshore team, and the like. This article looks at some factors that may impede the success of the offshore outsourcing endeavor with suggestions to avoid or overcome them.

Unrealistic Assumptions on Cost Savings:
You have to ensure that there are clearly defined goals and final expected outcomes from the project. Many companies that outsource work offshore, wrongly assume that labor arbitrage will yield savings on a person-to-person basis (i.e., Since a full-time equivalent employee in India cost 40% less, the savings will be in the same range!) without regard for the hidden costs and differences in operating model of the offshore vendor. In reality, most organizations save 15-25% during the first year; by the third year, cost savings often reach 35-40% as both the sides move up the learning-curve and the client modifies their internal operations to align to an offshore model.

Lack of Well-Documented In-House Processes:
Documentation is a time intensive and often neglegted activity. It is observed that most internal processes are only about 30% documented. However, before offshoring a process the documentation level should be at around 90% and should include mapping of the current process, putting down the transition strategy, evaluation for all risks of failure and a documented contingency plan. High risk or exposure might deter the company from outsourcing offshore; or it might shift the outsourcing strategy (e.g., from a single vendor to multiple vendors); or it might actually give a greater thrust to offshoring if the vendor(s) seem better equipped to reduce risks while keeping the costs low. Though the results of risk analysis vary between companies, documenting the risks & preparing the contingency plan are important.

Poor Expectation Management:
Outsourcing engagements have a supplier (vendor) and a recipient (client), and both will have different expectations from the relationship. That the service is delivered from offshore complicates it further, and expectations mismatch become problematic.
An expectation gap may arise when you are in doubt about the vendor’s capability and hesitant to offshore anything beyond a specific task, while the service provider expects greater chunk of “higher value” work and might feel unchallenged by dealing only with standard, unchallenging tasks. If this expectation gap continues, the vendor may over time, accord low importance to your project or may even want to get out of the relationship as soon as a higher value-add work comes their way.

Similarly, you may expect the vendor employees to come up to a level of understanding that matches that of your in-house staff, but they may not be able to think or perform beyond the task that has been outsourced, and may ask questions that may seem ‘silly’, resulting in frustration at your end and possibly an early termination of the contract.

You should chart out a growth plan for the outsourcing relationship so that the service provider have their eyes set on the next target in terms of new processes coming their way. Knowing this growth path, the vendor and their employees will try to gain deeper insights into your business, thus resulting in superior results during the initial ‘unchallenging’ stages of offshoring too, and a stronger sense of loyalty to their relationship with you.

Also ensuring continuous knowledge transfer to the vendor’s employees working on your project, make feel as a part of your extended organization and perform better.

Failure in Bridging the Cultural Gap:
Most of the offshore workers will not have an exposure to the Western way of life and to the Western work culture. Therefore besides the training related directly to work, your in-house staff may need to spend time in acquainting the vendor’s employees with the cultural nuances of the organization and that of the your company’s home base, be it Europe or US. For example although English is an official language in India, pronunciation and accents can vary tremendously. Though many service providers put their employees through accent & language training and have cultural education programs, inherent differences due to culture, religion, social activities, way of dressing, and even the way a junior interacts with a senior colleague will not be easy to overcome. Something that’s common sense to the Western worker may be a completely foreign concept to an overseas worker.

Similarly your senior management & your in-house staff directly involved in the transition process need to acquaint themselves with the culture of the country where the vendor is located to communicate effectively with them and be able to understand the soft aspects of doing business with them. This avoids issues that can arise due to misunderstanding the ‘language’ at either side. Mutual visits to the other country are very helpful for effective working relationships as they help in drastic improvement of each others understanding and in the quality of work.
Some companies may try to save the travel cost by communicating over the phone or using video conferences, but in the long run this proves to be more expensive because of the delay related to transitioning the process overseas and the longer time taken to get the expected quality or performance from the offshore team.

Disaffection of in-house staff:
Extensive knowledge transfer and training are required prior to and during the transition of work to the vendor, and this needs to be consistently supported by the in-house staff. However layoffs can cause major morale problems among the in-house “survivors,” leading to disaffection and work slowdowns. Internal people may refuse to transition to the offshore model because they have a certain comfort level, or they don’t want their co-worker to lose his job. Some of your staff may also start proclaiming, that offshore outsourcing is not saving money to the company after all and that it was a bad idea, which futher lowers morale of other employees. Sometimes your in-house project management team may need to work into the night and arrive at work in the early morning to manage the offshore team, and their perception about who is benefiting and who is hurting becomes personal.

You have to set aside management and employee time before, during and after the offshore transition to talk to your employees about the whole proposition of offshoring and how it will help the company to become more competitive in the long term. A consensus needs to be built among all employees favoring the company’s offshoring efforts. Without this kind of a mandate, offshore endeavors are doomed.

Backlash from customers as a result of poor quality control:
The cost savings resulting from offshoring is the primary motivation for businesses to engage in the same. It is often realized late in the process that quality is an important factor for a successful offshore engagement. Poor quality of service delivery will have a negative impact on the performance and the reputation of the company may suffer in the eyes of their customers. A lack of adherence to the quality norms by the vendor and lack of monitoring of their output can result in considerable rework, and associated follow-up costs.

KPIs (Key Performance Indicators) of the offshore engagement should be defined in the beginning itself, so that the performance can be measured objectively during the tenure project and mid-course corrections are done wherever needed. It is also advisable to institutionalize regular satisfaction surveys that measure the “perception” of the engagement across several stakeholder levels.

Conclusion:
Offshore outsourcing is a phenomenon that’s here to stay. Companies that are adopting this are learning operate in a global business environment, and will benefit in the long run as they gain insights into other countries and their way of conducting business. However a failed or abandoned offshore outsourcing venture may set back the company by both the money spent and the willingness to take up such opportunities in the future. It is therefore important to study and analyze all factors that will affect the offshore endeavor and ensure that steps are taken to overcome the pitfalls well ahead of the offshore transition.